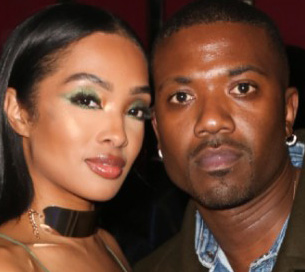 The ‚One Wish‘ hitmaker has opened up after his model wife accused him of leaving her and their 17-month-old daughter Melody „stranded“ in Las Vegas – which he denied – last month and despite her claimd she would file for divorce, the singer confirmed they are still together.
Speaking to PEOPLE magazine, he said: „Well, first off, let me say, Princess, I love you, baby, and I’m sorry for all the things that happened. 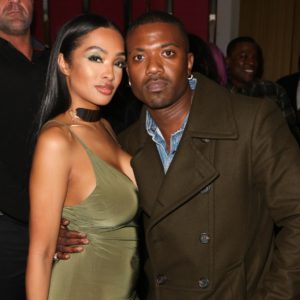 „We cool now and we’ll work it out. I know that you still made at me, but as a couple, you go through things and it just got a little bit out of hand.
„Sometimes it gets out to the public and then everybody has their opinion on it, but we’re good though, as parents and as friends and as husband and wife. We just went through something.“
The public row was sparked after the ‚Sexy Can I‘ singer shared a photo of himself and his family posing on the red carpet at the BET Soul Train Awards in Las Vegas.
In the now-deleted post, Ray wrote: „Thank you @bet #soulTrainAwards @princesslove @melodylovenorwood (sic)“
Princess – who is due to give birth to the their second child in a few weeks – then commented: „Left me and Melody stranded in Vegas and blocked me from calling.. now you wanna post family photos,“ she wrote with a laugh-crying emoji and the hashtag #ByeUgly. (sic)“
She then made further statements on social media that suggested their relationship was over, and Ray later insisted he never left them stranded and wouldn’t do anything to „harm“ his little girl.
Now, he joked he should be banned from Vegas, and added: „I just wanna make sure they’re okay. Even through the ups and downs, we’re still together and we’re still listening to each other and being parents.
„We were able to spend Thanksgiving together and we’ve been on a day to day [basis]. We’re still parents, we still love Melody, we still got a baby on the way, so we’re working through it.“