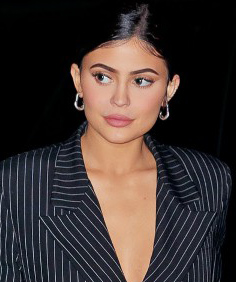 Kylie Jenner is „happy“ Travis Scott is taking time off work to be with their daughter Stormi, despite the former couple splitting up earlier this month. 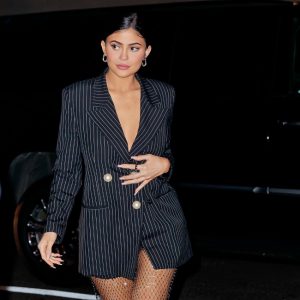 Kylie Jenner is „happy“ Travis Scott is taking time off work to be with their daughter Stormi.
The former couple split earlier this month but have been spending a lot of time together recently as they continue to co-parent their 20-month-old daughter Stormi, and sources have now said the rapper’s momentary career break has allowed him to see the tot more often, much to the delight of 22-year-old Kylie.
An insider said: „It’s not anything new that they spend a lot of time together. Even after they decided to take a break, they still spent time together with Stormi. And Travis was always free to come and go at Kylie’s so he can see Stormi.
„Now when he isn’t working, his free time is all about Stormi. Kylie and Travis always had fun co-parenting, but you can tell that Kylie is happy Travis isn’t working right now. She is happy that he is around.“
Travis, 28, fell whilst on stage at Rolling Loud Music Festival in Queens, New York, last week and is taking a break whilst he recovers.
The ‚Sicko Mode‘ hitmaker may need surgery on his knee, so is spending time relaxing with his daughter in the meantime.
Speaking to People magazine, the source added: „He still might need knee surgery in LA and then he will recover at Kylie’s too. And as special holidays are coming up, they will continue to spend a lot of time together. They both seem great together. There is definitely hope things will work out.“
Earlier this week, the ‚Keeping Up with the Kardashians‘ star was joined by Travis when they took their daughter to the immersive Halloween-themed jack-o‘-lantern experience ‚Nights of the Jack‘ in Los Angeles.
The former couple have remained amicable since their split, and Kylie previously took to social media to insist they are still friends.

She wrote: „Travis and I are on great terms. Our main focus right now is Stormi. Our friendship and our daughter is priority.“